A Fistful of Strings 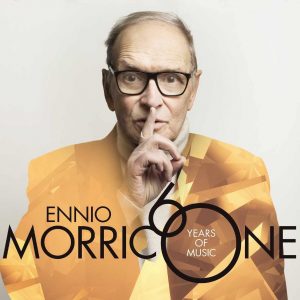 During the 1960’s, a new genre of Western film exploded on to the big screens produced mainly by Italian/ Spanish co-operation. These films soon became known as the ‘Spaghetti Westerns’. These low budget movies ditched the big orchestral scores and elected for a more simplified musical approach. The resulting music became some of the most memorable tunes of all time. We take a look at the birth of the genre and why it has become so appealing for guitarists to learn for almost 60 years.

Growing up with parents who were hell-bent on Country & Western music has left certain marks firmly in my mind. The most significant of these marks was an album that my dad played on a regular basis called ‘The Good, The Bad and the Ugly’ by Hugo Montenegro and his Orchestra. It was mainly dominated by electric guitar which I absolutely loved and led me to a love of a style of music which, now, fifty years later has been the corner stone of my own guitar playing.

The man who was really behind this incredible music was Ennio Morricone. Ennio Morricone was born in Rome on 10 November 1928. His long artistic career includes a wide range of composition genres, from absolute concert music to applied music, working as orchestrator, conductor and composer for theatre, radio and cinema. THe most famous of his cinema work was the ‘Dollars’ trilogy starting in 1964 with the box office smash ‘A Fistful of Dollors’ starring Clint Eastwood. The score was a long way from the big orchestral arrangements of the Hollywood westerns. Instead, the theme’s lead instrument in it’s opening bars was somebody whistling. Other dominant instruments was the trumpet, harmonica and of course the electric guitar.

‘A Fistful of Dollars’ was followed by ‘For A Few Dollars More’ and then, probably the most famous of them all ‘The Good, The Bad and the Ugly’in 1966 with Eastwood playing the lead role in all three. The final chapter was the real icing on the cake for Morricone as the score became one of the most iconic in movie history. The soundtrack from the film The Good, The Bad and The Ugly was inducted into the Grammy Hall of Fame in 2009 while Morricone himself was awarded the prestigious Polar Music prize the following year.