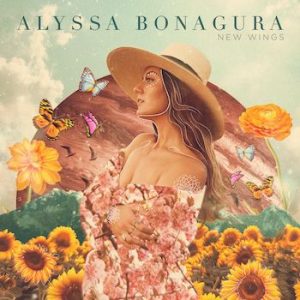 In high demand as a songwriter, Alyssa’s songs have been recorded by a broad range of artists, from Steven Tyler and Jessie James Decker to Sarah Jarosz and Jo Dee Messina; and she shares a release day this Friday with UK pop-rock band Lawson, whose new album Cmd Z features three songs she co-wrote, including ‘Killing Me’ which she also provides duet vocals for. Despite this recognition, a series of life changes and the pandemic’s impact on the music industry brought home the importance of finding time to write for herself.

“After losing a lot of things I thought were concrete in my life, I dove into writing solo music again to help me cope,” she shares. “Throughout my healing journey I found a poem by Paulo Cohelo called The Lesson Of The Butterfly that speaks on how the struggle to fly out of the cocoon is one of the most important processes that can’t be skipped.