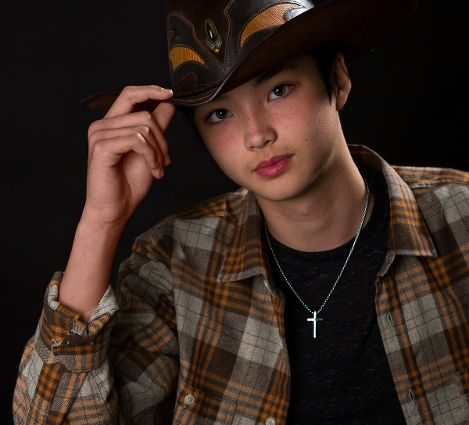 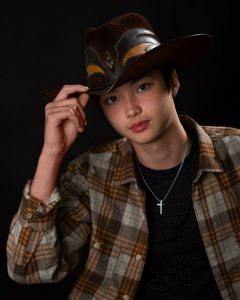 Country Music Recording Artist Brayden Ryle is from Nashville Tennessee, Home of Country music. Brayden was exposed to the music scene from birth.

He spent countless hours in recording studios with his father Curt Ryle, who is a Record Producer/
Musician/Songwriter. Brayden’s Dad has worked with many artists including Taylor Swift, Billy Ray Cyrus, George Jones, Vern Gosdin and MANY others.

Curt let Brayden record his first song at the age of 3. By the time he was 6 years old, Brayden was an experienced singer in the studio. He recorded his first Country song at age 7 called “Eye On You”. The song was posted on you tube and within weeks, The R.F.D. Cable T.V. Network had seen the video and invited Brayden to sing on “The Shotgun Red” Show. Shortly after the show aired, Auburn University saw the video and invited Brayden to perform at the University. Since Brayden is half Korean on his mother’s side, he received an invitation to perform for the Korean War Veterans at Carnegie Hall at the age of 8.

Though that concert never materialized for School reasons, Brayden hopes to get another opportunity to make that concert a reality. Brayden recently performed at the Bitter End in New York City, a very prestigious venue. He has been asked to return as a head liner. He also did two concerts in Gesup Georgia. He has performed at numerous Middle and High Schools on his anti-bullying campaign to stop child bullying in schools. Brayden recently signed with Black Ribbon Records in Nashville, owned by his Father and song writer John Castleberry. He was asked to perform on America’s got Talent and may do so in the future.