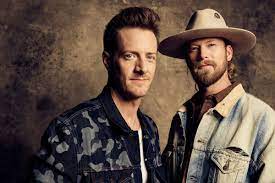 Bro-country is a subgenre of mainstream country music originating in the 2010s, and is influenced by 21st-century hip hop, hard rock and electronica. Bro-country songs are often about attractive young girls, the consumption of alcohol, partying, and pickup trucks.

The first use of the term was by Jody Rosen of New York magazine in an article published on August 11, 2013, in which Rosen described songs by Florida Georgia Line, particularly their debut single “Cruise”. Rosen also named Luke Bryan, Jason Aldean, and Jake Owen among singers of the genre. Entertainment Weekly cited “Boys ‘Round Here” by Blake Shelton and “Ready Set Roll” by Chase Rice as other examples of bro-country.The popularity of the genre opened up a divide between the older generation of country singers and the bro-country singers which was described as “civil war” by musicians, critics and journalists

Popularity
Florida Georgia Line whose hit song “Cruise” drew attention to the subgenre Although elements of bro-country had been noted prior, such as in the Trace Adkins hit “Honky Tonk Badonkadonk”, the genre began to gather steam in the early 2010s, but the song that brought the movement to the attention of music journalists was the 2012 Florida Georgia Line song “Cruise”. In 2014, “Cruise” became the best-selling digital country song of all time, with over 7 million copies sold in the US while also holding a then-record 24 weeks as the No. 1 Hot Country Song. According to Jody Rosen: “We may look back on ‘Cruise’ as a turning point, the moment when the balance of power tipped from an older generation of male country stars to the bros.”.

A number of highly popular albums and songs by singers such as Jason Aldean, Luke Bryan and Blake Shelton considered to be bro-country appeared in the first half of the 2010s. In 2013, Luke Bryan’s Crash My Party was the third best-selling of all albums in the US, with Florida Georgia Line’s Here’s to the Good Times at sixth and Blake Shelton’s Based on a True Story at ninth. It has also been estimated in research in mid-2010s that about 45 percent of country’s best-selling songs could be considered bro-country, with the top two artists being Luke Bryan and Florida Georgia Line.