Chris Lane – Ain’t Even Met You Yet 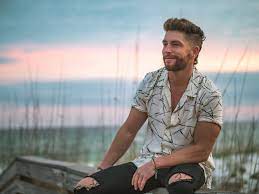 Country star Chris Lane and his wife Lauren have just welcomed their first child – a son, Dutton Walker Lane, born on June 8th – and are marking the moment with a sentimental song and compilation video, ‘Ain’t Even Met You Yet’, which has already been viewed over 300,000 times in less than 24 hours.

Lane penned the track in advance of their son’s birth, telling PEOPLE, who premiered the video: “I’ve been waiting to meet Dutton for nine months now, and the easiest way for me personally to describe my feelings and emotions is to write about it,” adding the song “sums up how I’ve been feeling over the last few months. I can’t wait to share it with him one day.”

Additionally, the Multi-Platinum artist has today announced his headline FILL THEM BOOTS TOUR across the US later this year. Returning to the road, Lane will serve up his signature high-energy live set from Carolina to California, stacked with fan-favourite #1 hits plus new music. Supporting Lane on the high-profile run are Tyler Rich (October – December dates), ERNEST (January – March dates) and Lily Rose (all dates). Live Nation is the official promoter of the tour.