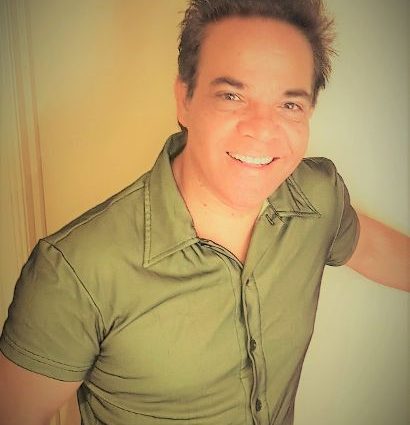 Kerrigan La-Brooy was a full-time Singer/Songwriter/Entertainer who Toured the World and Topped the Charts, but he shelved his Career to raise his 6 young Children whom he refers to as his Priceless Treasures. Kerrigan was just making a long-awaited come-back to the music scene when he was Divinely Directed to Plant Gethsemane Church & Charity which feeds and clothes hundreds of
community members daily, 365 days of the year.

After nearly 20 years, multi-talented, multi award-winning Kerrigan, returned to the Recording Studio to raise funds for Gethsemane in order to continue his unrivalled charitable work nationally and globally. Kerrigan recently Released his 7th Studio Recording and his Debut Country Gospel Album. His greatest joy is that his 6 Children feature on it as well. He has also just released a Country
Single as well as a Christmas Song.

Kerrigan has been #1 on the charts for 28 consecutive weeks either in Australia or around the world, sometimes #1 on multiple charts during the same week with multiple songs. For example, Kerrigan was #1 on TEN different charts with FOUR different songs in the SAME week. What’s really important to Kerrigan, even more than impacting the charts, is the impact he’s having on people’s hearts.

‘Just A Little Talk With Jesus’ was the 1st Single and the 9th Track off Kerrigan’s Debut Country Gospel Album ‘Thank You precious Lord’. The single was Released in Australia, Europe, America, New Zealand and Canada. Kerrigan chose to leave some songs stripped back on his latest album.

Read The Full Article In Issue No:1