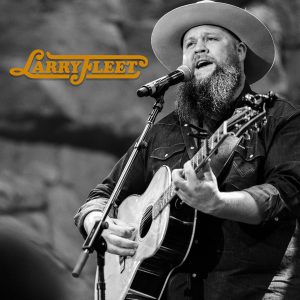 Produced by Joey Moi and steeped in Fleet’s organic Country, Southern Rock and Soul influence, the album follows 2019’s WORKIN’ HARD and the success of his “Where I Find God” single, further revealing a classic Country star for the modern era. The vocal stunner credits his eclectic taste to his parents’ record collection, and with STACK OF RECORDS, creates his own artistic style.

“My mom and dad had one of those big record players with the big speakers and they had a little cabinet with all the records in it. I just loved Willie Nelson and dad loved Merle Haggard, the Marshall Tucker Band, Waylon and Hank and all those guys.”says Fleet. “My mom would listen to soul stuff,”he adds,“and then she’d have Ozzy Osbourne and Pink Floyd so I grew up listening to a lot of different artists. My influences were all compiled in this stack of records…Every song on this record is based off a stack of records.”

Featuring 14 songs and leaning into Fleet’s roots, STACK OF RECORDS finds the White Bluff, Tennessee, native and former construction worker coming into his own, and collaborating with Jon Pardi, Jamey Johnson and Bryan Sutton.

Read More in the Magazine…