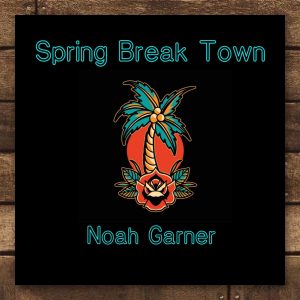 Noah Garner, an on the rise Country music singer/
songwriter has released the official video in support of his
current EP and featured single of the same name, “Spring Break
Town.” The video was premiered by AIM MUSIC, and it was
also featured on Nashville Country TV. The message to viewers
is the hope it brings up memories for people of that one time,
with that one person, in that one special beach town that they
never want to forget. Video content was captured in Panama
City Beach, FL featuring Garner with special guest Damara
Coniglione by ThreePartFilms and directed by Jordan Marking.

Watch the video on the Noah Garner Music YouTube Channel.
The story behind the video is a guy meets an amazing girl while
on Spring Break and has one of those hot, fast burning loves.  She has to leave back home, but she never leaves his mind.When he returns to perform a show in the same town, she goes back too, and comes out to his show, and they reconnect.