On The Cover – Introducing Mike Turner 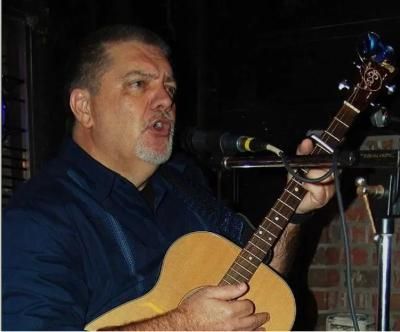 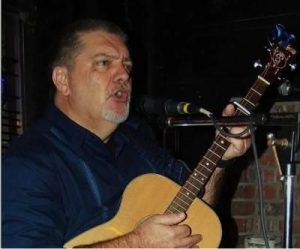 When Mike Turner retired in 2007 after a 27-year career in law enforcement, he planned on spending his days traveling the world with his wife and sailing their boat along the US Gulf Coast. The last thing he expected was to become an award-winning songwriter and poet, recording artist, record label executive and troubadour.
“Sailing and travel were fulfilling for the first two or three years,” says Mike, who grew up outside Detroit and has lived in such varied locations as Ohio, Southern California, Arizona and Washington, DC, “But then I started getting a little bored, so I started looking for other things to challenge me.”

Turner wound up taking an adult ed class in beginner’s ukulele – and it changed his life.“I come from a very musical family – I have relatives who are very active in Southern Gospel music circles,” says Mike, “I never really did anything musically myself, except for some mediocre guitar playing in high school. But I was exposed to all sorts of music growing up, from old-time mountain music and gospel, to folk influences like Woody Guthrie and Bob Dylan, traditional country like Hank Williams, Johnny Cash and Loretta Lynn, and even soul and R&B
from Motown.

My parents lived in Hawaii for awhile, and I loved the sound of the ukulele and thought it would be fun to play.”
The music bug bit Turner hard, so much so that by the second week of the class, he’d already written his first song. “I found it pretty amusing that I was enjoying the ukulele so much,” Mike says, “Particularly because no one who knew me in my law enforcement days, would ever have pegged me as a ukulele player. So I wrote a little song about it, ‘Ukulele Playin’ Blues,’ to tell the story.”