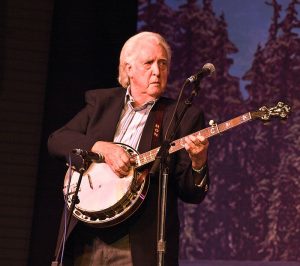 James Dee Crowe (August 27, 1937 – December 24, 2021) was an American banjo player and bluegrass band leader. He first became known during his four-year stint with Jimmy Martin in the 1950s. Crowe was the leader of the bluegrass group New South from 1971 until his death in 2021.

James Dee Crowe, born on August 27, 1937, in Lexington, Kentucky. His first job playing music was given to him by Raymond “Curly” Parker when he was only a teenager.

In 1971, Crowe changed the band’s name to The New South. Crowe’s New South band is widely considered one of the most influential bluegrass groups since the 1970s. As of 1975, the New South began to add jazz and rock influences to its bluegrass repertoire, as well as country and folk elements drawn from the work of Gram Parsons and Gordon Lightfoot, respectively.