Willie Nelson – On The Road Again At 88 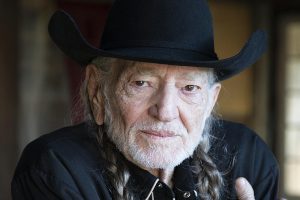 There is only one Booger Red, otherwise known as the red headed stranger and goes by the formal name Willie Hughes Nelson. Willie was born in Texas on April 29th 1933, he was raised by his grandparents in Abbott Texas along with his sister Bobbie. Mama and Pappa Nelson were both dedicated music teachers according to his biography entitled “Its a long story” so its no wonder both Willie and his sister Bobbie were considered music prodigies in the small west Texas hill country community.

Willie started out living a normal life, enjoying competitive sports in school and engaging in some hustling from time to time. Life was hard living in the post depression economy in Texas, but Willie found a way to contribute to the family earnings early through playing music at the local beer joints and taverns.

Upon high school graduation, Willie joined the United States Air Force, after 9 months of service, he was medically discharged due to back problems and returned home to Abbott Texas. Willie pursued his music career as a disc jockey at KHBR in Hillsboro Texas by day and a performing artist by night.

Throughout the 1950’s Willie had married and started a family, moving around from town to town in order to make ends meet. Willie had a variety of jobs in his 20’s while continuing to write and perform when available. His ability to write songs got him noticed early in his career which allowed him to move to Nashville in the 1960’s where he was hired as a song writer for $50 dollars a week. Willie’s early hits included Hello Walls, sung by Faron Young hit number one on the country charts and later with Crazy, that Patsy Cline also took to number one on the charts. His most notable contribution as a performing artist came in 1972 when he released Whiskey River, a song partially written by Johnny Bush and Paul Stroud, which continues to be a stable in any country music collection.

Read the full article in the magazine